This Social Distancing Comedy Troupe Is Your Cure For Cabin Fever

August 4, 2020 By funnyadmin Comments are Disabled

This Social Distancing Comedy Troupe Is Your Cure For Cabin Fever 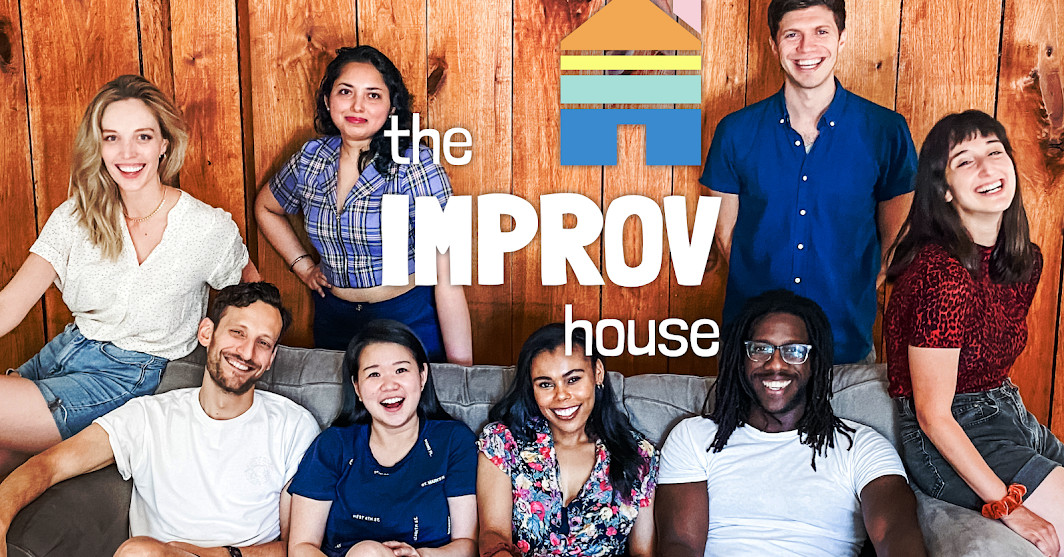 There’s a lot we could use more of right now.

More real life social interaction, more good news, more sleep that’s free of pandemic oh-god-we’re-all-gonna-die nightmares, more people staying home and wearing their goddamn masks instead of willfully spreading this thing like European plague rats going for Carrier of the Month, and more laughter. Luckily, we can point you in the right direction for that last one.

Comedian Whitney Uland, like the rest of us, is only in control of so many things. So during this time, she decided to help bring some joy to everyone at home by creating The Improv House.

The beacon in this dark time that is The Improv House is an incredibly talented, diverse group of comedians and comedy writers comprised of five women and three men, and together they decided to take their talents and quarantine together in the Vermont wilds — and use this time to create some hilarious improvised comedy shows.

“My dad always told me to seize every setback and make something good out of it,” said Whitney Uland, 28, the Creator and Producer of The Improv House whose father died in 2016. “I realized I could assemble a team of great comedians to help make people laugh in a dark time. When the team came together, it was clear we didn’t look or feel like any other comedy experience out there, so I hope, even just by being who we are, that our comedy and troupe can help elevate the conversation about whose voices are being left out of the comedy world.”

The Improv House livestreams their top-quality shows every Tuesday through Sunday at 5PM PT / 8PM ET, and they conclude on August 15. The bad news is that August 15 isn’t very far away, but the great news is that the last two weeks of shows are free!

Make sure you check out their event calendar here, and don’t miss out!