Jack Black And Jack White Have FINALLY Collaborated, I Could Cry

Jack Black And Jack White Have FINALLY Collaborated, I Could Cry 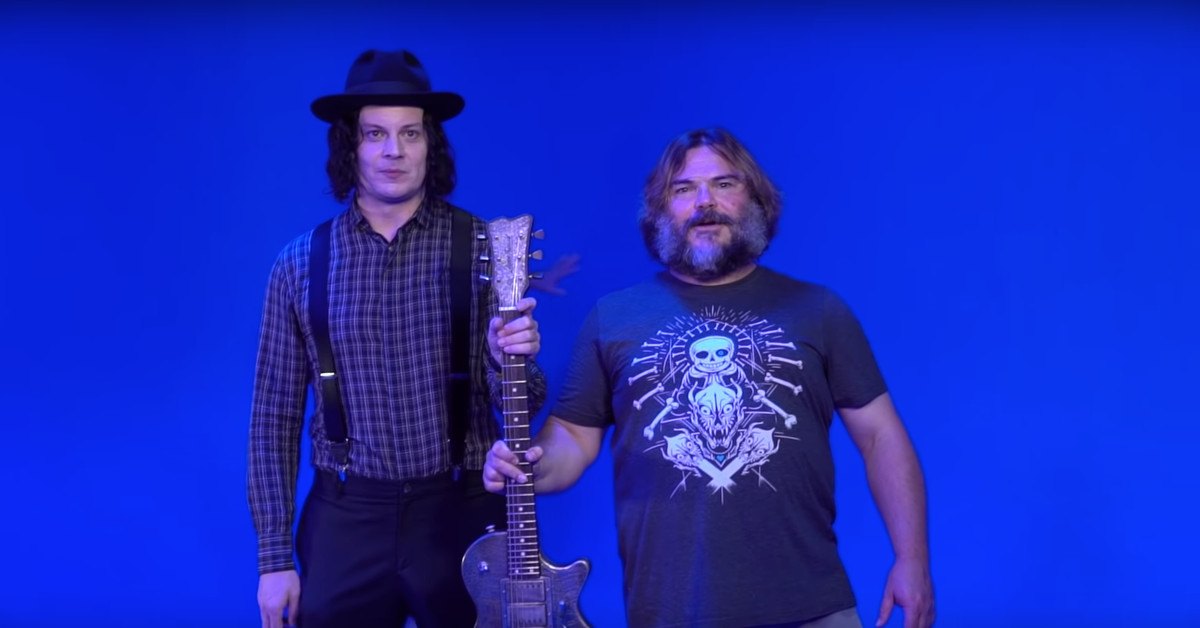 Jack Black and Jack White have a few things in common. They both have two kids, neither of them is actually named Jack (yep — Jack White’s name is James and Jack Black’s name is Thomas. It’s true, we’ve all been lied to), and they’re both musicians. That’s pretty much where their similarities end.

White takes himself probably more seriously than anyone else on the planet, Black is all jokes, White has an extensive antique collection and no one is allowed to film inside his home, and the antiques Black likes are old school arcade pinball machines and he has a YouTube channel where he showcases his life to the world.

For decades, the world has been asking them for a collaboration.

And for good reason. Come on, man! Jack WHITE, Jack BLACK, they’re both MUSICIANS, it’s a match made in heaven. A weird heaven probably, but a heaven nonetheless.

Well, School of Rock and White Stripes fans, I have some good news.

THEY HAVE JOINED FORCES FOR THE ULTIMATE COLLABORATION, FOR NO OTHER REASON THAN THEY HAVE ALMOST THE SAME NAME BUT OPPOSITE.

And this collaboration is, of course, going to be called…

ISN’T THAT JUST THE MOST GODDAMN SATISFYING THING EVER.

Their collaborative track has not been released yet BUT their glorious, glorious union (also featuring Kyle Glass, because obviously this is an occasion for Tenacious D) was teased in a vlog posted today on Jack Black’s YouTube channel.