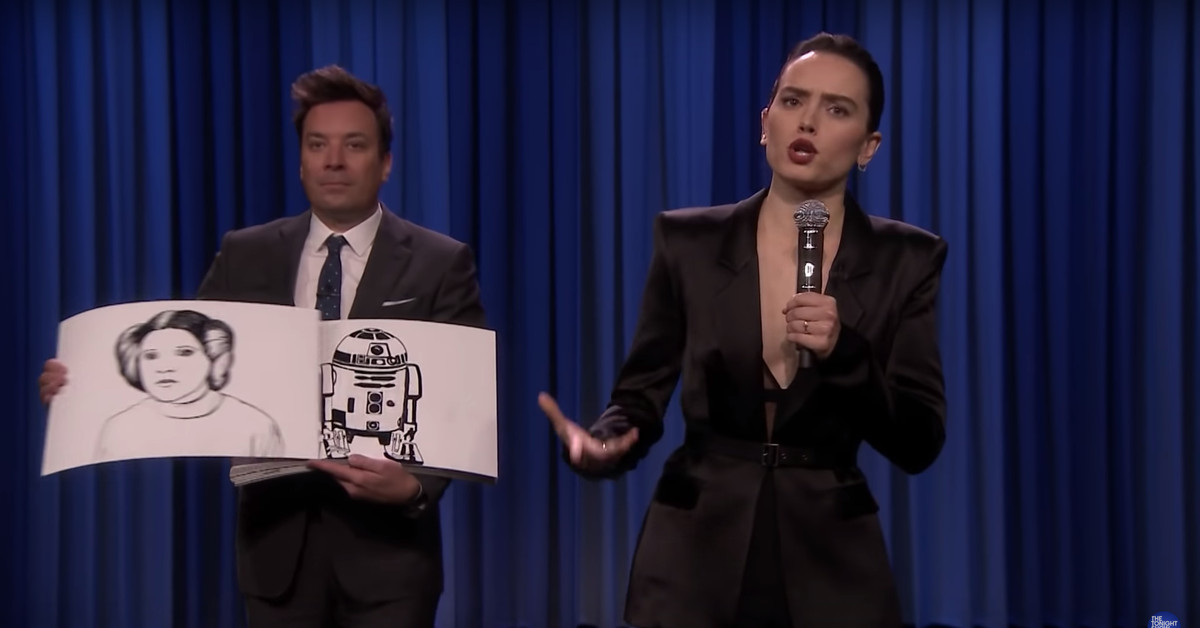 The Star Wars franchise has spanned over four decades, including multiple spin-off television series, both animation and live action, video games, and nine films — so far. The only thing more impressive than the legacy the Star Wars movies have created is the fact that people actually manage to keep track of everything that goes down in them. I’ve always liked the movies and like most people, I watched them throughout my childhood and into my adulthood, but gun to my head, there is no goddamn way I’d be able to recall the events from start to finish, or even be able to put the films in the correct order. It’s complicated stuff, man! And I know I’m not the only one who has to google “Star Wars plot summaries” to prepare for the latest installments.

This time, though, that won’t be necessary.

Daisy Ridley isn’t just a badass Jedi (in training, but whatever), apparently she can also bust a rhyme. In anticipation for Star Wars: The Rise of Skywalker, she did all of us a favor and recapped all the events of the previous eight movies in under three minutes… and as a rap.

From now on, I’m only interested in movie recaps if this is how they’re delivered.