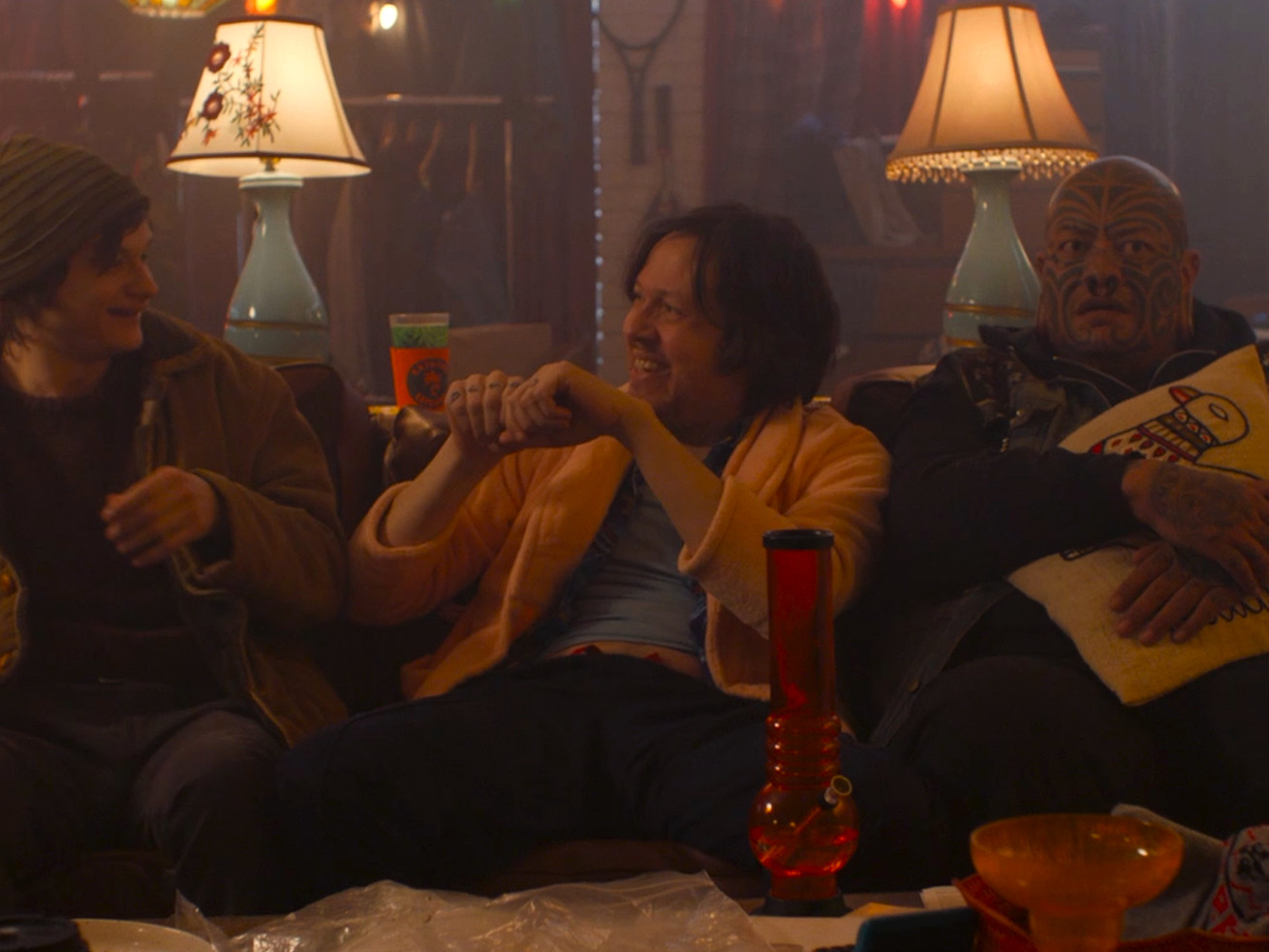 Due to COVID-19, South By Southwest, along with many other festivals across the world, was not able to hold its in-person festival this year, and while some of its shorts and features opted for temporary virtual homes, many of these gems are still yet-to-be-released to wider distribution.

DRUNK BUS, the debut feature comedy from frequent Funny Or Die collaborators and contributors Ghost & Cow (Brandon LaGanke and John Carlucci), is one of those gems. Written by Chris Molinaro, It stars Charlie Tahan (Ozark) and New York comedy keystone Dave Hill, with an amazing cameo from some guy named Will Forte (look him up I guess). It’s a hilarious and heartfelt look at the paralyzing post-college years of Michael (Tehan), who is stuck driving the Kent Institute of Technology late night campus shuttle for drunk college kids. His ex-girlfriend moved to New York, and he… didn’t.

After this surprisingly somewhat-dangerous gig lands him a black eye, he befriends his new security detail, Pineapple (Pineapple Tangaroa as himself). The unlikely friendship of two polar opposites (believe it or not, this shy scrawny white virgin hasn’t led the same life as this giant samoan with tattoos all over his face) serves as the backbone of this part buddy comedy, part road movie, part coming-of-age tale. It’s full of great bits, and the perfect hit of that nostalgic sense of post-college adventure from when the whole world is in front of you, and every night is somehow simultaneously different and the same.

In addition to the great comedic set pieces that come with an ever-changing population of drunk college kids on a bus, this movie nails the types of characters we somehow all met in college, and never met before nor since then. Did we imagine them? Pineapple seems to fearlessly march to the beat of his own drum, as if the weirdest kid in the room is also the adult in the room. Devo Ted is the weed dealer obsessed with Devo who makes you stay for bagel bites and has a room full of dynamite in his apartment (the weed dealer on my college campus had a sword collection and a DIY mini moat that ran throughout his apartment). Fred (Will Forte) is Michaels cringey boss who Michael will undoubtedly become if he doesn’t get his shit together.

And then there’s the passing cast of ridiculous college kids and locals that really give this story its rich depth and authenticity – you get the sense that when they first started writing this, there was a very different (lame) version of this movie that they could have made – they picked the right direction at the fork in the road and floored it.

This movie is a fun party we’ll all hopefully be invited to soon. In the meantime, check out this clip!

More info about DRUNK BUS can be found at http://www.drunkbusmovie.com/