This Trump Robot Spits Ibuprofen Whenever The President Tweets

July 31, 2019 By funnyadmin Comments are Disabled

This Trump Robot Spits Ibuprofen Whenever The President Tweets 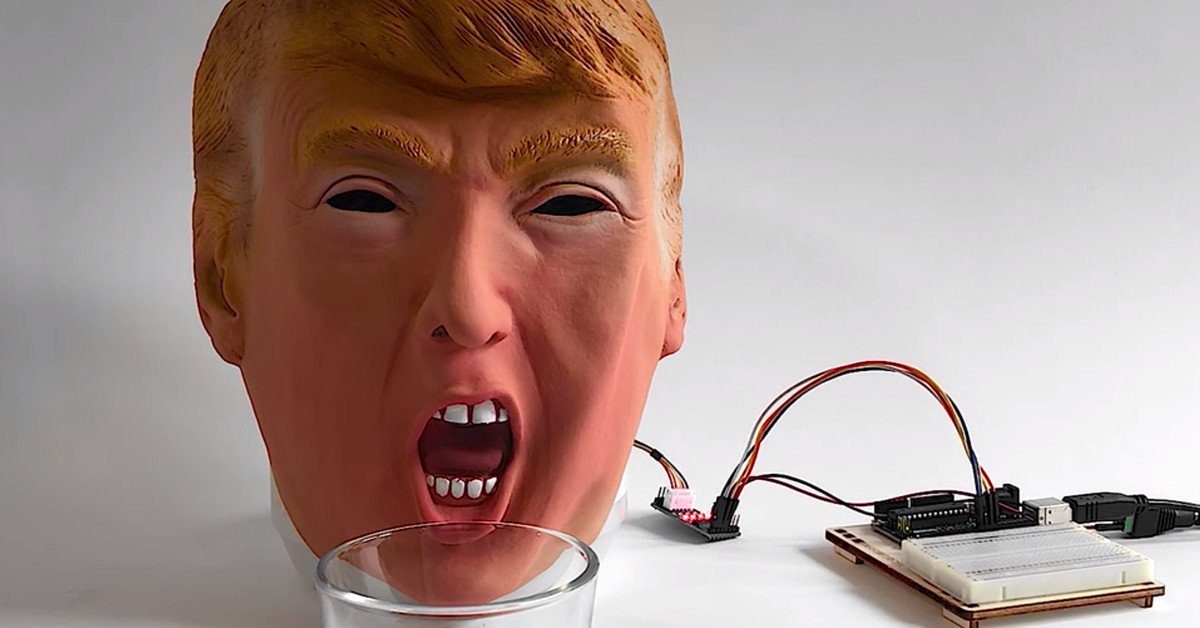 Well, we’re on the home stretch here folks. We’ve almost made it through the entire, grueling four years of darkness that is Trump’s presidency. Can you see it?? The light at the end of this terribly coiffed and incoherent tunnel??? Ahhh, it’s so close! There’s a lot of things to look forward to with this upcoming election, and a lot of nice things that come to mind when dreaming about no longer being governed by a guy who said that windmills cause cancer. And one of the small things I’m really excited for is never having to read another one of Donald Trump’s tweets ever again.

Just imagine that for a second… isn’t it peaceful?

I’m sick of being bombarded by the 280-characters that he farts out on an hourly basis, whether it’s on the internet, the news, or the topic of conversation around the office cooler, his tweets are everywhere and they are inescapable. Look, I’m not living in a fantasy, I know that when he’s no longer the president he’s not suddenly going to have self control or a sense of reason, I know he’s still going to tweet loud nonsense at all hours, but at least we won’t have to listen to him anymore. At least we’ll be able to tune him out like we tune out racist grandparents who keep calling you Jonathan because that was the name of their favorite bagboy at a local grocer in the 1930’s.

I’m just sick of it.

And I can’t say for sure, but I’m willing to bet that you’re pretty sick of it too. Like, physically sick of it. Does anyone else get headaches as soon as the president tweets? Well, if that’s the case, then this is the small, temporary fix for you.

Paul Spelman is a writer and coder and he’s just created something I think we could all benefit from.

A robot Trump head that spits out ibuprofen every time the president tweets.

I wanted to build something fun that would hopefully give people a bit of a laugh, and also make a point about the current president’s unusual approach to running the country.

Because while it’s true that we’re so close to the 2020 elections, we’ve still got a lot of months to go. But at least with this Trump-head-turned-robot that perfectly captures the lifelessness of his eyes, you’ll be able to take some of the edge off and hopefully go through the rest of his presidential tweet storm migraine-free.