July 17, 2020 By funnyadmin Comments are Disabled 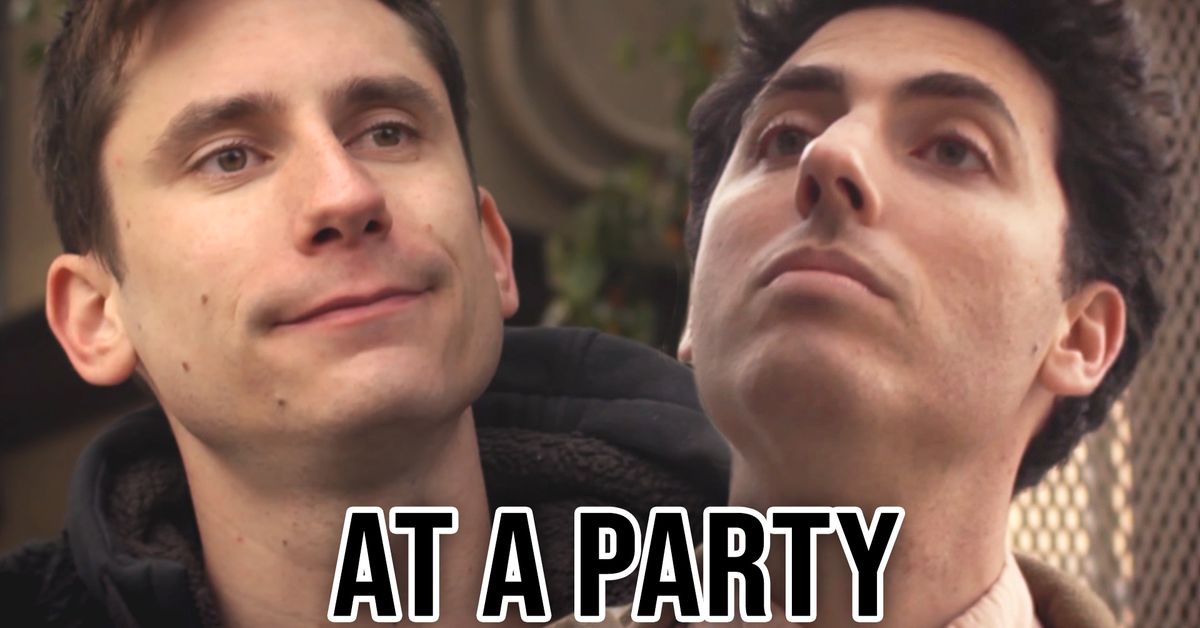 Ew. That person you absolutely hate just showed up at the party.

But here’s the thing… do you really hate this person? I mean, if you really didn’t like this person, wouldn’t you just – I dunno – ignore them? Maybe like – NOT talk to them?

Maybe the reason you hate this person is because you hate yourself?

And maybe this person you hate reminds you of you?

-and maaaybe you’ve convinced yourself that tearing them will somehow fix your flaws?

Maybe this person you hate just genuinely sucks and, because of how your friend group operates, you’re forced to engage with this awful person occasionally.

WELL EITHER OF THE ABOVE COULD BE TRUE in this episode of Two Guys Who Hate Each Other: Dan and George (who, as the title suggests, hate each other) cross paths at a party, and well – they’ve just had it with each other. They don’t hold back. They attack everything about each other until the two literally start attacking each other. Super awkward for everyone at the party, but super entertaining for us.

Is anyone else reminded of the popular cartoon Tom and Jerry when they watch Two Guys Who Hate Each Other?

There were a lot of fan theories that Tom and Jerry actually liked each other and that they chased each other around…. just for fun. Personally, I wouldn’t chase someone I hated for over 100 episodes, but someone I love? I’d chase them forever baby.

Perhaps Dan and George… don’t actually hate each other? Maybe they just enjoy roasting each other because, sometimes teasing someone that will tease you back is really fun? Maybe we should rename this series Two Guys Who Like Each Other But Like Being Mean To Each Other So From An Outside Perspective It Looks Like These Two Guys Hate Each Other?

Idk, maybe we’re overthinking this, but go watch every episode of Two Guys Who Hate Each Other and see for yourself which theory you think is true: