April 21, 2020 By funnyadmin Comments are Disabled 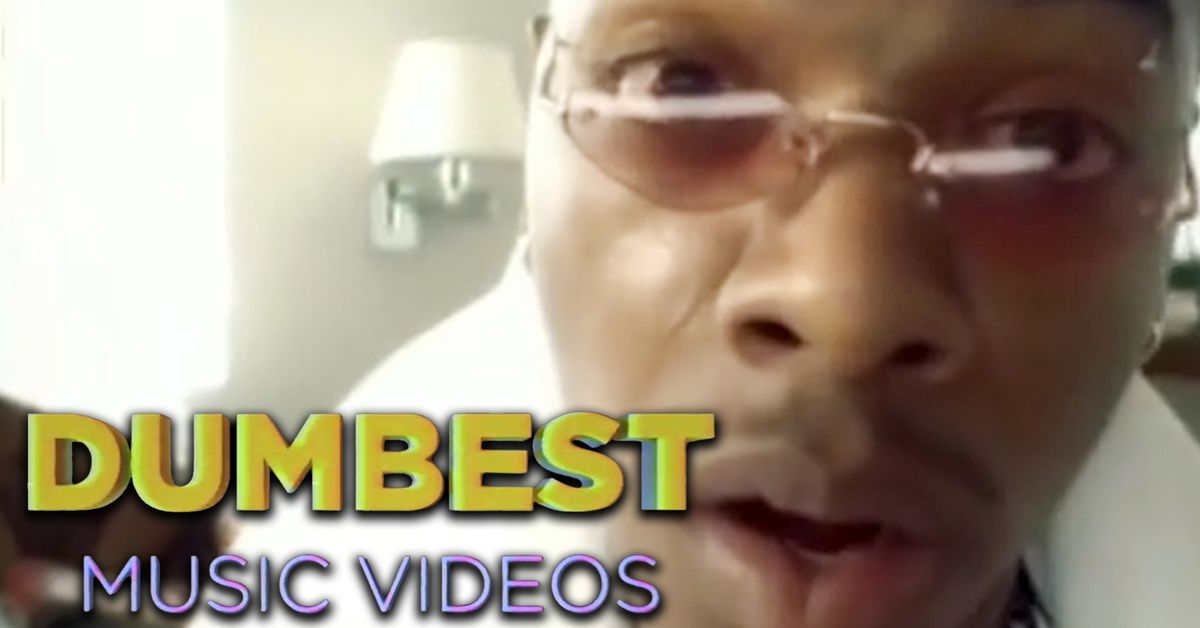 What does it mean to have dumps like a truck? Does Sisqo have the ability to fly? Should we allow Ja Rule anywhere near lavish beachside parties? All these questions will be answered as we revisit “Thong Song”, one of the Dumbest Music Videos.

We open in Miami, where Sisqo is on the phone with a friend. He’s ready to go to a huge Spring Break party, but is stuck at home because CLIP: “I’m just waiting for this girl to bring my daughter back. They went to the mall or something.” You can tell Sisqo is a great father because he left his daughter with someone whose name he doesn’t know and then he isn’t even sure where they went. The random woman watching his daughter comes home, thank God, and reads a magazine while admiring Sisqo’s trademark silver hair. But then his daughter interrupts, with a tiny, mysterious piece of fabric. What could it be? Sisqo will spend the next 3 minutes explaining.

Buses from all over the country arrive in South Beach to drop off women in thongs, and men who want to look at them while saying things like hubba hubba and hominahominahomina. Sisqo twirls the thong in front of his daughter like a psycho and then puts on semi-fingerless gloves for reasons that are mysterious but, based on everything else in the video, are presumably be sexual in nature.

Sisqo meets up with some friends and hops in a convertible, so they can speed down the highway and talk about how much they like thongs. They drive up onto the beach, which according to the City of South Beach, is a $46 fine as well in addition to towing and impoundment of his vehicle. Sisqo’s Spring Break is NOT off to a great start.

But then Sisqo finds a group of women who are sunbathing on the beach, and decides to get their attention by being super annoying. He dances in front of them, does cartwheels and even a flip. They largely ignore him because who wouldn’t. Then he says a thong looks great on a women who has dumps like a truck, as well as thighs like what. Truck sized dumps might make you think of Jurassic Park, but Sisqo told the Huffington Post he simply meant he likes a woman who backs up her butt when she twerks, like a dump truck moving in reverse. Whatever you say, Sisqo, but there had to have been a better way to put that.

Back at the Spring Break party, Sisqo’s rapper friends arrive to admire the butts. LL Cool is having such a good time, he doesn’t even wear his trademark Kangol hat. Redman hops off a smoke filled bus from New York. And Ja Rule is- wait, Ja Rule is there? If there’s one thing we learned from watching seven Fyre Fest documentaries, it’s that you don’t want Ja Rule involved with a beachside music festival.

Sisqo joins his friends for a little dance surrounded by dancing women and…this guy. After causing a small earthquake, he flies up to the top of a human pyramid. The team from Cheer has nothing on Sisqo and his associates. On the other hand, if he has the ability to do these kinds of acrobatic stunts, it makes you wonder why they included this move here.

Day turns to night and Sisqo throws a big dance party under a blacklight, and considering it’s Spring Break, things look surprisingly stain free. An orchestra is lit by fireworks and joins Sisqo to play the Thong Song’s iconic string part. Did you know that Sisqo originally wanted to sample the Beatles classic “Eleanor Rigby”? According to Billboard, he didn’t want to pay for the rights so the producer crafted a soundalike track. So if you’re wondering why this song brings you to tears, that may be why. You also just might love thongs.

Usually this is where the story of this dumb music video would end, but in 2017 Sisqo recorded a remix and released a new video, with even more butts, and a model inexplicably going to a vending machine and inexplicably purchasing something called Thong Chips. Because, you see, the Thong Song was so powerful, it led to not just one, but two, Dumbest Music Videos.