A Law Office Hired A Stray Cat. Yes, This Cat Is A Lawyer, And I Love Him

September 30, 2019 By funnyadmin Comments are Disabled

A Law Office Hired A Stray Cat. Yes, This Cat Is A Lawyer, And I Love Him 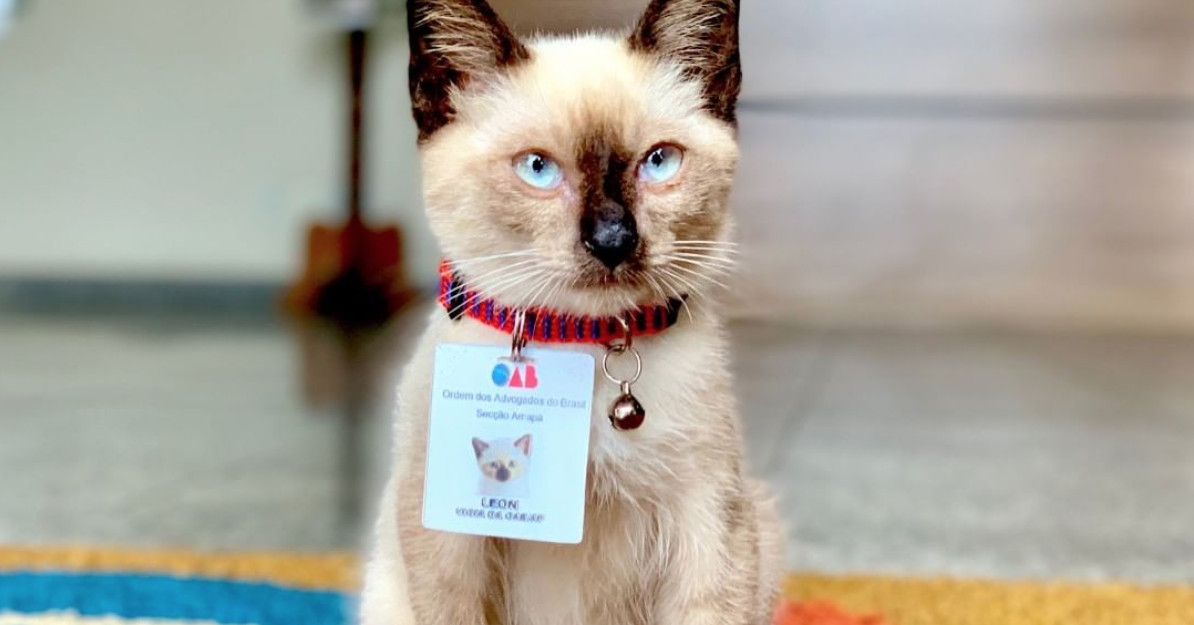 Stray cats are extremely common across the world, so they’re definitely not an unexpected sight. However there are a few places you wouldn’t expect to see them. Like behind the counter at a bank, or hanging out at a national law institution.

The Order of Attorneys of Brazil (Ordem dos Advogados do Brasil) is to Brazil what the Bar Association is to America. So to say that its headquarters, located in the capital city of Brasília, is a pretty important building for the nation would be an understatement. A lot of people go through those doors each day, as well as one cat.

Leon (LEON!! MY HEART) was a stray who lived on the streets of Brasília, until one day during a particularly bad rainstorm he managed to find his way into the OAB building. The employees — who are certified angels — decided to unofficially adopt Leon, and let him hang out around the OAB lobby and reception area. Unfortunately some people started to complain, and I’m guessing they also hate things like rainbows or the sound of birds outside their window in the morning and probably didn’t even cry once during the movie Up, but the staff found a solution that is lawyer-level smart and indisputable:

They hired Leon as a lawyer.

LOOK AT HIS LITTLE ID BADGE!!

So Leon is now, ahem, DOCTOR LEON, ATTORNEY AT LAW.

Not only can he freely roam the OAB building, he has the most amazing Instagram page full of adorable photos — with some surprisingly profound captions???

“Many times I tried to run away from myself, but where I went, I was.”

He’s such a great lawyer, he’s even inspired the Order of Attorneys of Brazil to start their own animal rights institute, called Instituto Dr. Leon.

He doesn’t even have opposable thumbs but he’s accomplished more so far than I have and I’m 100% fine with that. I’d hire him as legal counsel anyday.