October 1, 2020 By funnyadmin Comments are Disabled 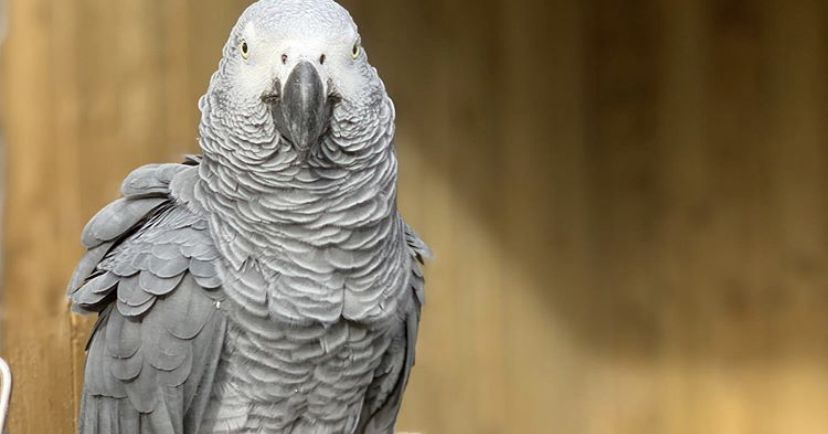 Parrots are incredibly intelligent birds capable of some truly amazing things, like problem solving and complex communication, and they’re also agents of chaos. They appear in the news more often than most animals because they get up to stuff that, to put it mildly, isn’t very typical. Say, for example, developing an online shopping addiction or getting arrested as an accomplice in a major drug bust. Y’know, just slightly unusual behaviour.

The most recent development in the ongoing chronicles of Havoc Unleashed Upon The World By Parrots comes to us from England, where five African greys had to be removed from public viewing at Lincolnshire Wildlife Park. What was their offense?

Swearing at everyone, all the time.

According to the Associated Press, the guilty parties, Eric, Jade, Tyson, Elsie, and Billy, all arrived at the park back in August and were placed in quarantine together before being moved into the main outdoor aviary. And, apparently, the time they spent together was enough for them to learn a very, erm, colorful vocabulary from some of the staff, and then from each other.

The five parrots picked up a couple curse words here and there, and every time the park’s keepers laughed, it encouraged them to keep ramping things up — not only by learning more swear words and using them very liberally, but also by laughing at themselves.

I don’t know if I’ve ever felt more connected to another species than I do to these parrots who yell “fuck off” at passersby and laugh about it afterward.

Nature is so beautiful.

“Most parrots clam up outside,” said Steve Nichols, the zoo’s chief executive, “but for some reason these five relish it.”

The official word is that these magnificent birds with the mouths of sailors have been separated and moved to different parts of the park so they don’t continue to cuss out the park’s guests, which sucks because, let’s be honest, we’d all pay more to visit parrots who swear like a drunk uncle at Thanksgiving dinner.