Under A Rock with Tig Notaro: Tony Shalhoub

December 3, 2019 By funnyadmin Comments are Disabled

Under A Rock with Tig Notaro: Tony Shalhoub 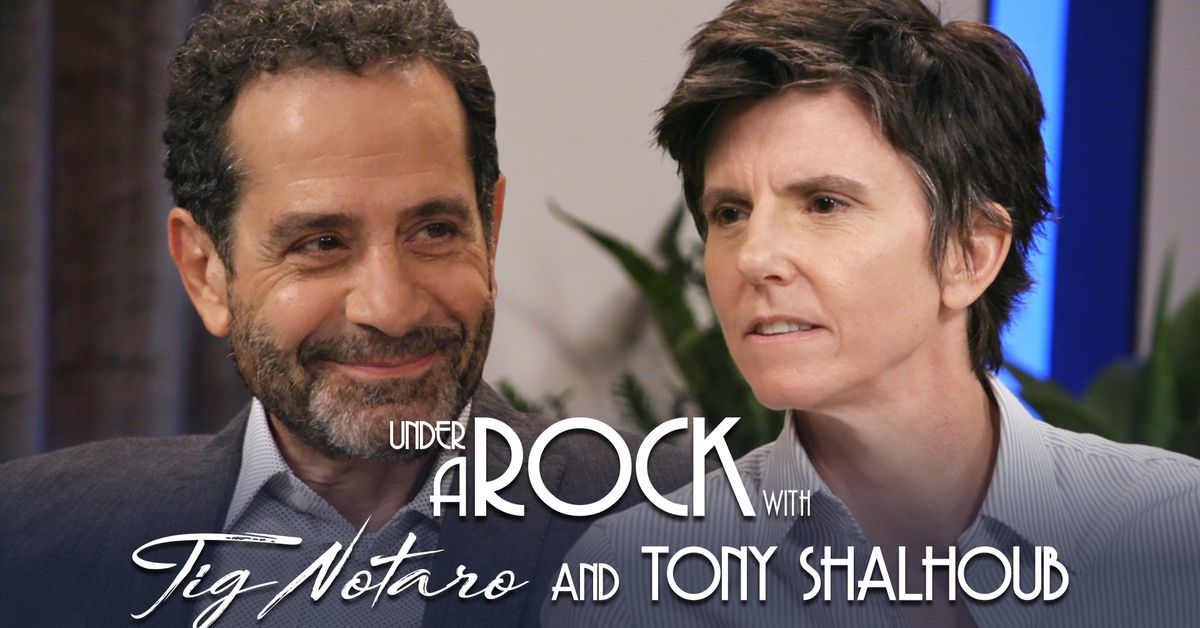 Although she’s a famous comedian herself, Tig Notaro has a very special and unique ability: she doesn’t recognize celebrities. Whether they’re a professional athlete, a famous sportscaster, or an award-winning actor, for Tig… well… it’s just not ringing a bell.

If someone says their profession is acting that doesn’t actually narrow things down much, because the title of “actor” could mean a number of different things — are they in theatre? Television? Films? Voice acting? But Tony Shalhoub doesn’t really have to get more specific than “actor” because, well, he just does all of it. His illustrious career began in the mid-1980’s with a string of acclaimed Broadway productions such as The Odd Couple, Conversations with My Father, and The Heidi Chronicles. After rising to fame on the stage, Tony moved into roles on both the big screen and the small screen, and in practically every genre. In the world of television, he’s known for his roles in sitcoms like Wings, Stark Raving Mad, and We Are Men, comedy-dramas like Monk, Nurse Jackie, The Marvelous Mrs. Maisel, and appearances in anything from The Blacklist and The Equalizer, to Frasier, to The X-Files. His history in film is equally as eclectic, having roles in sci-fi, romance, comedies, dramas, thrillers, or any combination of the above, such as Big Night, Barton Fink, Gattaca, Men in Black I, II, and III, Galaxy Quest, and Life or Something Like It. He’s even voice acted in Pixar films, the live-action Teenage Mutant Ninja Turtles franchise, and video games.

His career has spanned roughly four decades, and in that time he has received a Tony Award, five Emmys, a Golden Globe, and four SAG Awards, as well as a heap of nominations — even one for a Grammy! Tony Shalhoub is an actor who has truly done it all, and whether you’re a fan of film, television, theatre, cartoons, or video games, he’s a man who’s pretty hard to miss. Unless you’re Tig Notaro, who isn’t familiar with… well, anything. It’s going to take some hints from Tony and help from Alexa in order to figure this mystery out, because Tig just lives under a rock.