Under A Rock with Tig Notaro: Rich Eisen

November 19, 2019 By funnyadmin Comments are Disabled

Under A Rock with Tig Notaro: Rich Eisen 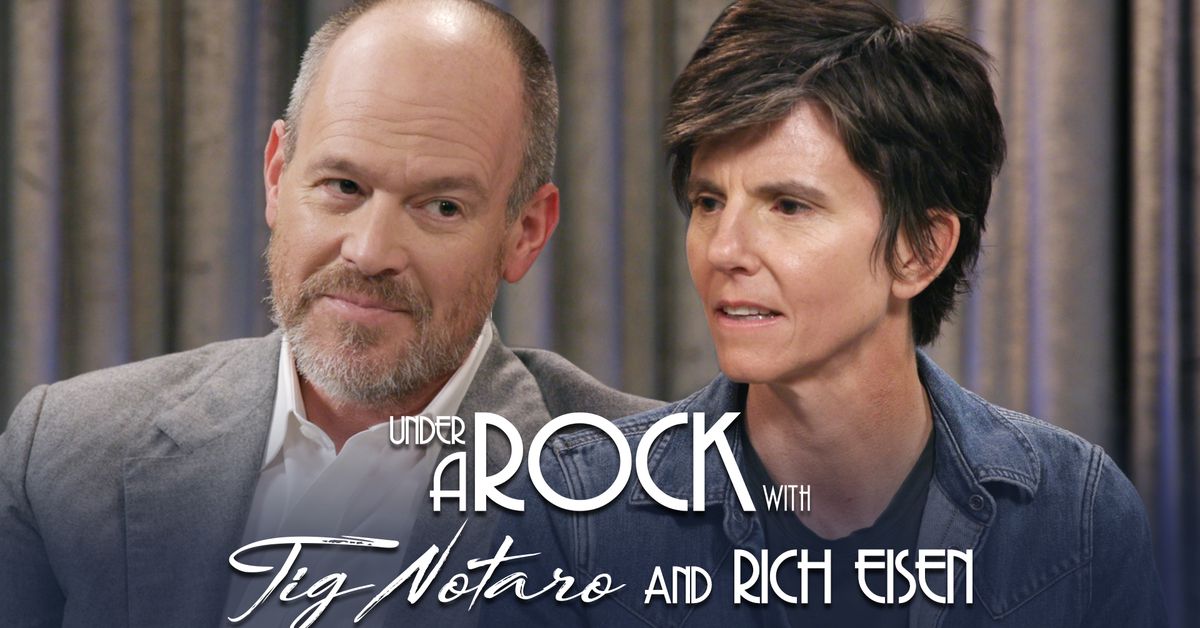 Although she’s a famous comedian herself, Tig Notaro has a very special and unique ability: she doesn’t recognize celebrities. Whether they’re a professional athlete, a famous sportscaster, or an award-winning actor, for Tig… well… it’s just not ringing a bell.

Making it big and becoming a star is no walk in the park, whether the path is that of an actor, musician, or journalist and sportscaster like Rich Eisen. After working as a staff writer for newspapers in Staten Island and Chicago, he moved to California where he worked as a sports anchor, and from there his career and fame grew exponentially. Rich became a well known sportscaster for ESPN who was celebrated for his sense of humor and ability to blend comedy and sport, as well as hosting an ESP reality show and radio show. When the NFL Network launched in 2003, Rich Eisen was the first person to join as an on-air personality and host, and became the official face for the channel which aired 24/7 — making him one of the most watched people in all of television. He pioneered and still hosts several programs for the NFL Network, has hosted a number of other shows for both radio and television, ranging from sportscasting to reality series to announcing and commentating dog shows, and in 2014 he launched his own sportstalk program, The Rich Eisen Show. Aside from dominating TV and radio, Rich has been raising money for St. Jude Children’s Research Hospital every year since 2005 by completing an annual 40-yard sprint — while wearing a suit. So far his efforts have raised just shy of half a million dollars, and for this, Rich was presented with the Pat Summerall Award in 2017.

Rich Eisen is one of the most prominent people in the world of sports and one of the most recognizable faces in the country. In fact, he’s such a legend that he’s appeared in over a dozen TV shows and movies — as himself. That kind of celebrity status is truly next level, but Tig is still going to need a lot of clues and help from Alexa if she’s going to figure out who Rich Eisen is. He’s even met her before! But that doesn’t mean she’ll recognize him, after all, she does live under a rock.