Under A Rock with Tig Notaro: Julie Bowen

June 11, 2019 By funnyadmin Comments are Disabled

Under A Rock with Tig Notaro: Julie Bowen 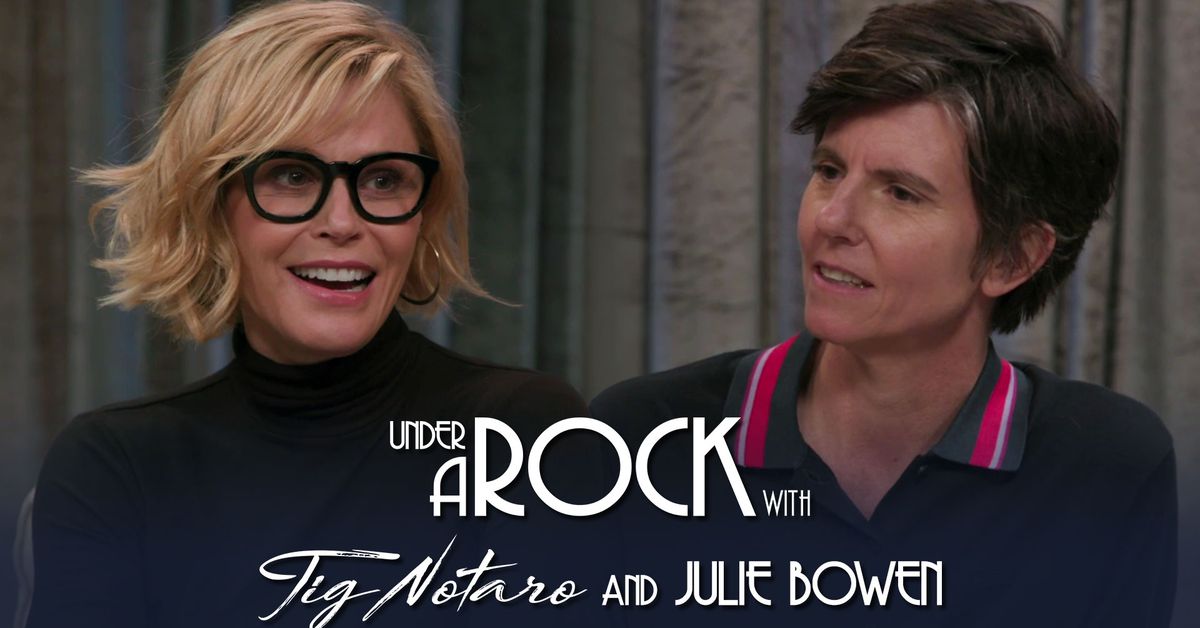 Although she’s a famous comedian herself, Tig Notaro has a very special and unique ability: she doesn’t recognize celebrities. Whether they’re a Grammy Award-winning musician, a world-famous chef, or one of the most iconic actors in television, for Tig… well… it’s just not ringing a bell.

If you were to draw a giant Venn diagram with comedies, law dramas, hospital dramas, scifi, and cartoons all intersecting, Julie Bowen would be at the center. For the past 10 years she’s starred in the award-winning sitcom Modern Family, but before she was Claire Dunphy, Julie Bowen was in some of the other biggest shows on television like Boston Legal, Lost, and ER, and iconic movies like Happy Gilmore and Horrible Bosses. She’s even voiced characters on Scooby Doo and Disney’s Tangled series! As well as lending her voice to her own animated self on Family Guy. Julie Bowen’s career history is so full and so varied that no matter what you’re a fan of, you definitely know her. Except if you happen to be Tig Notaro.

There are a ton of actors out there and keeping track of names and faces is tough for anybody. But if someone has been in over FIFTY shows and movies and picked up a couple Emmys along the way, like Julie Bowen, it’s impossible to NOT recognize them. Well, almost. Tig still has no idea, but hopefully with some clues from Julie and help from Alexa she’ll be able to figure it out. Don’t hold your breath though, since Tig Notaro really does live under a rock.