December 3, 2019 By funnyadmin Comments are Disabled 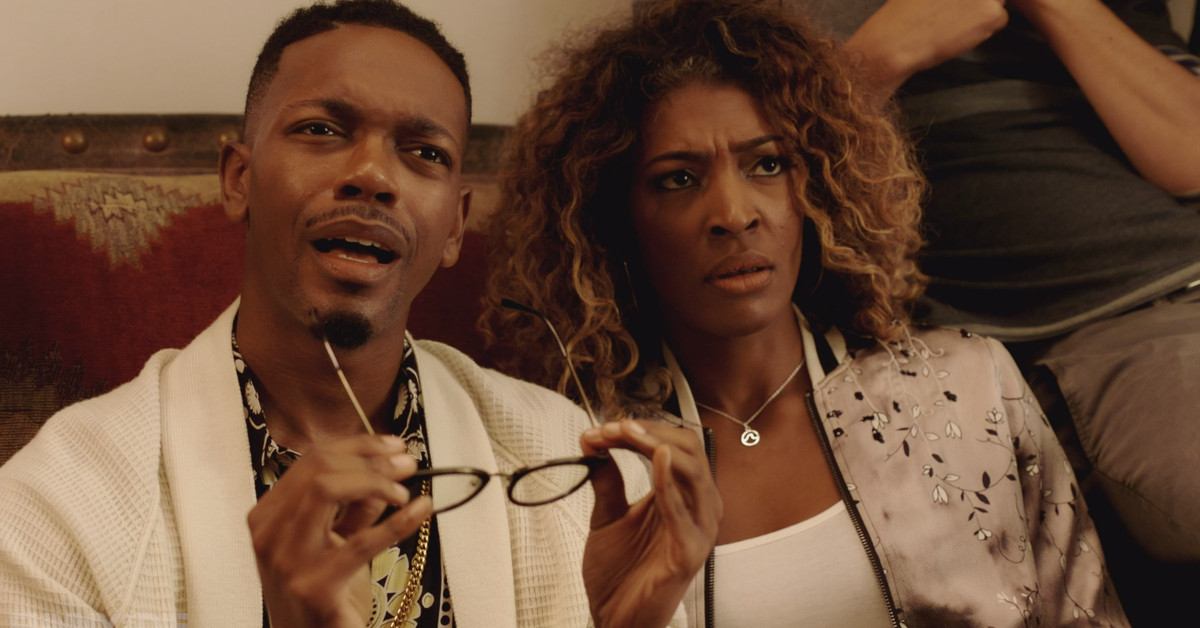 And thank the coffee shop gods. Because inviting the local populace to get on stage and showcase their talents is never not a great move. Who doesn’t love cramming a lot of budding painters, poets, singers, comedians, and “protest Zumba-dancer-cum-raconteurs” into a small, hot space with uncomfortable chairs and lots of mic feedback? As a friend who gets invited to these, I can tell you there is no greater joy than force-smiling your way through a live imagining of Kanye West’s merch design process in verse.

But you know what? People still like open mics at coffee shops. How do we know that? Because coffee shops keep putting them on. What gets people to show up? Maybe it’s the kind of joy you get in watching slow motion GIFs of semi trucks dumping over. Whatever it is, they are a mainstay of coffee shop culture.

At Black Coffee Cafe, the gang knows this coffeeshop law. That’s why Beachum (Joshua Triplett) puts one on along with Travis (Jean Robert “Splack” Toussaint) in order to impress a big shot investor. His plan has a pretty serious flaw though, which threatens everything. His only way out will be help from the rest of the staff. Anthony (Reggie Couz), Malcolm (Iman Crosson), Crystal (Jennah Brittany), Black (Zack Kozlow), all have hidden talents — and put them on display for better or worse.

In Black Coffee, the staff of a Black-owned coffee shop in D.C. try to turn their fledgling little coffeehouse into a hot bean water powerhouse — if they could just get on the same page about how to do that. Can these newbie entrepreneurs grow up fast enough to keep pace with their dreams.

Based on the original pilot “Black Coffee” by George Khouri