October 15, 2019 By funnyadmin Comments are Disabled 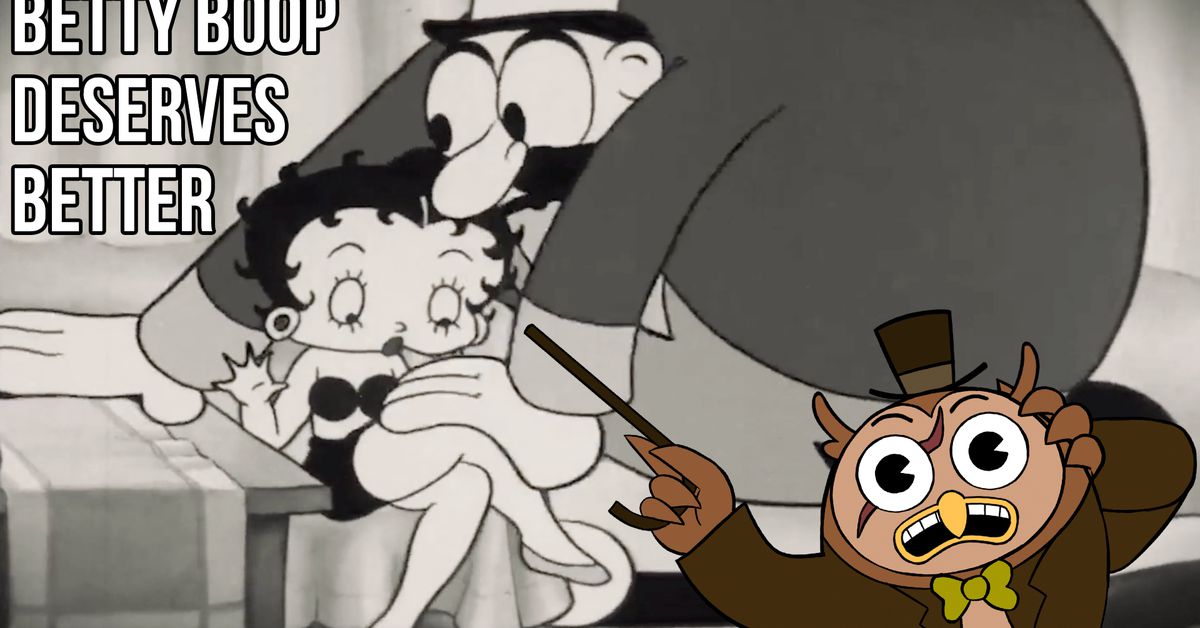 There’s literally years’ worth of media — be it everything from footage from television programs, security cameras, and interviews to smartphone videos and audio recordings — that demonstrates that men have been very comfortable grabbing the bodies of and obviously sexually harassing — or worse — women. Brainwashed By Toons: Episode 2 explores how cartoons from the early 1900’s normalized this sexual misconduct and how this message of “fun groping” continued in entertainment for many years.

V1
A whislin’ wolf, is harmless they say,
‘Til you look like dinner.
Cartoon behavior taught to a kid,
Makinʼ Betty Boop pro for her quid.
She just wanted to pay the rent,
But no one had heard of consent.
Olive Oyl dealing with so much aggression, oh no!
She got treated just like a possession.
A woman’s not a wishbone…

CHORUS
If you donʼt understand,
Where youʼre allowed to put your hand,
Let me help you with some simple tips.
I mean I really shouldnʼt have to, but here we go…

Please donʼt touch me.
And donʼt kiss me.
Donʼt ogle me like a creepy little psycho.
How would you feel if I came up and grabbed you by the…

V2
For every Laverne & Shirley and Mary Tyler Moore.
There were those who werenʼt allowed to make it after all.
We could play Bikini Bingo,
But a woman couldnʼt be a CEO,
In a world, where Hefner was king-bro.
Letʼs talk about Pepe Le Pew.
(Stinky Stinky Boy)
Always trying, trying to get with you.
I don’t think so, boo!

CHORUS 2
Disney princesses let themselves be treated rude.
Arielle gave up her voice for a random dude.
Literally taking her voice.
Sleeping Beauty, slept the whole time.
And Belle suffered from Stockholm Syndrome.
It’s always the same, I know how it’s gonna…

V3
Climb that corporate latter.
Glass ceilings start to shatter.
Your hard work starting to matter.
But your body is still not yours!
Even Sailor Moon,
Groped in modern toons,
Toxic touching is everywhere.
I canʼt stand it!
Even near the moon,
Judith fought off goons,
Judy Jetson wears mini skirts
Doesnʼt mean you can touch her.
You better come correct,
Show us some respect,
You know times are changing.
Betty, Betty Boop,
Olive Oyl too,
Time’s up for all the skunks.
Bye-Bye, Pepe Le Pew.

A NOTE FROM FUNNY OR DIE STAFF

Workplace inequality, sexual harassment, discrimination, and sexual assault have gone on far too long. This episode of Brainwashed By Toons strives to highlight the subtle ways media has shaped young minds and how cartoons have spread insidious, hurtful ideas that encourage the objectification of women, misogyny, and the normalization of harmful behavior. If you, like us, think these tired, harmful ideas are absolute bullshit, there are organizations that would welcome your involvement — be it getting informed, providing a donation, or speaking out within your community. One such organization that we like a lot is TIMES UP™, “an organization that insists on safe, fair and dignified work for women of all kinds.”

Learn more about Time’s Up™.