Keanu Reeves Is Basically Plant-God In The New SpongeBob Movie

November 15, 2019 By funnyadmin Comments are Disabled

Keanu Reeves Is Basically Plant-God In The New SpongeBob Movie 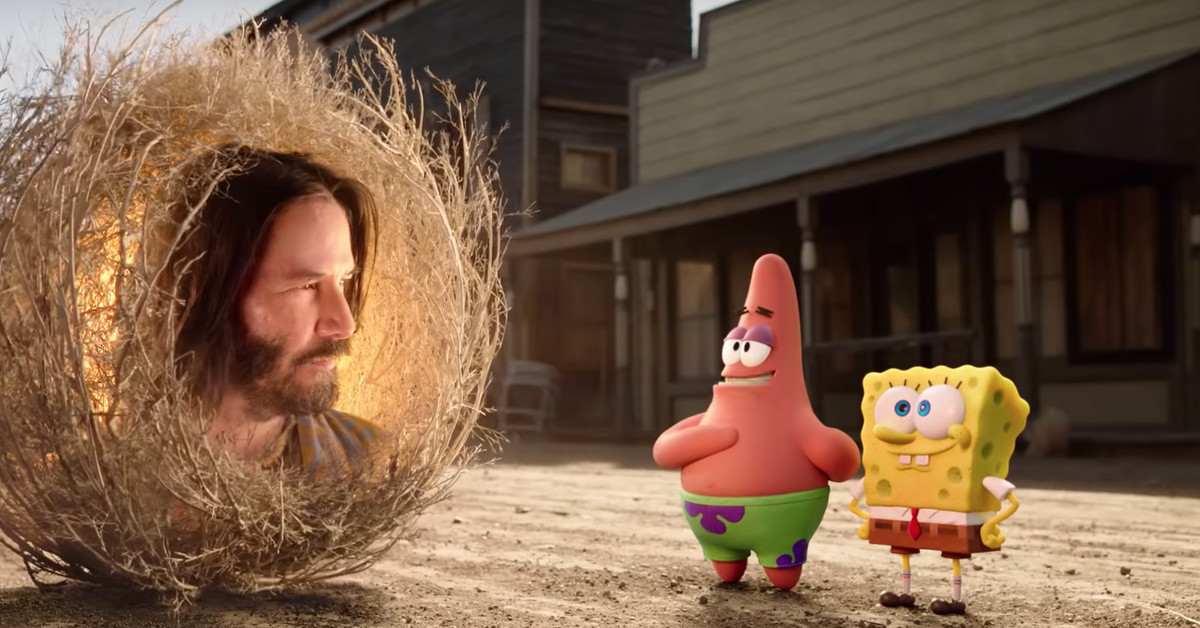 I can’t say I’m a big fan of SpongeBob SquarePants, not because it’s a bad show (it’s not) but because it’s been a while since I was an elementary school-aged kid composed of 70% water and 30% sugary breakfast cereal. Respect to Mr. SquarePants, our paths just diverted a good ways back. So with that said, full transparency, I didn’t even know there was another — apparently this is will be the THIRD?! — SpongeBob movie in the works, and I probably wouldn’t have cared under normal circumstances because as I said, it’s just not for me.

I do care, however, because these are not normal circumstances. Keanu Reeves is in this movie, and he is very much for me (and all of us, if you have any goddamn taste).

Keanu is the most beloved man in Hollywood, and he absolutely deserves every praise since it’s well known that he’s pretty much the nicest person on the face of the earth. If there was a Nobel Prize for Just Being A Great Fucking Dude he’d definitely win it, and then he’d probably auction it off so he could donate the proceeds to charity. That beautiful selfless bastard. Keanu has also played a lot of very cool, very diverse roles throughout his career. Sentimental badass John Wick, supernatural badass Constantine, sentient toy badass Duke Caboom — a lot of badasses, you get the picture. I am overjoyed, though, to say that Keanu has finally been given a role worthy of his real life magnificence:

Yes, in the upcoming SpongeBob SquarePants movie, Keanu Reeves plays a wise being in the form of a tumbleweed with Keanu Reeves’ actual face named Sage, because he is sage, and he is also made of sage. Fucking splendid. The trailer isn’t even two minutes long, and I gotta be honest, I was not paying attention to anything that did not involve Plant-God Keanu so I can’t tell you what it’s about, but does that really matter? Does anything else actually matter? No, no it doesn’t. All that matters is finally Keanu Reeves is ascending (figuratively, for he is a tumbleweed) to take his rightful place alongside Mufasa’s ghost, God à la Monty Python’s Quest for the Holy Grail, and the Teletubbies sun baby.