Hundreds Of Thousands Of Used Condoms Were Washed And Resold, Which Checks Out For 2020

September 25, 2020 By funnyadmin Comments are Disabled

Hundreds Of Thousands Of Used Condoms Were Washed And Resold, Which Checks Out For 2020 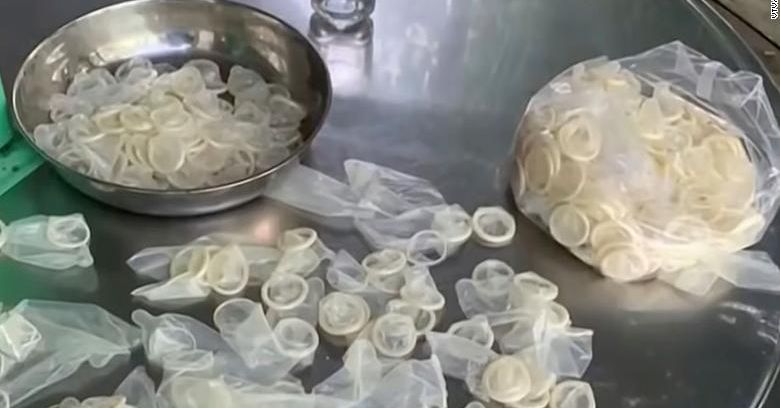 We’ve clung to the same few phrases to describe this trashcan fire of a year, and they’ve been so thoroughly exhausted by the media, emails from brands dropping in to say just because it’s the end times doesn’t mean you can’t still buy their shit, and probably all bosses at the start of every company Zoom meeting, that at this point I involuntarily brace when I know they’re coming. It was fine at the beginning of 2020, but it’s September now and I’d honestly rather stab my eyes out with a pencil than read the words “unprecedented times” or “new normal” ever again. That’s why I think the new go-to phrase should be: Things are bad.

It gets right to the point, most importantly we’re not all sick of it, and it doubles as a handy measuring tool. Allow me to explain. “Unprecedented times” is pretty broad and open-ended, you can’t ask, “On a scale of one to ten, how unprecedented?” Unprecedented is just…. unprecedented. “Things are bad” though? That is something we can quantify. If I opened with, “Things are bad,” and you, the live studio audience, asked, “How bad are they?” I could answer that question.

Because, folks, things are so bad.

Things are so bad that this morning I was scrolling through news stories over a cup of coffee and I read the headline VIETNAM POLICE BUST RING SELLING RECYCLED CONDOMS and didn’t even bat an eye. I actually had to scroll by two more articles about it before I was like, alright, let’s check this out.

Jesus. Okay. So, Vietnam police shut down this massive operation in which an entire warehouse staff of people were cleaning used condoms, repackaging them, and then selling them as new. The police confiscated roughly 345,000 used condoms (horrifying image in itself) and the warehouse manager said the shipments came monthly from some unknown, mystery source. “How did they pass them off as new?” You might be asking yourself. Well! After they boiled the used condoms and dried them, they rolled them back into shape on a wooden penis. After reading all of this, my only thoughts were 1. Did they buy the wood dick or did they make it themselves, and 2. Eh, at least it’s eco friendly.

WHO MADE THE WOODEN PENIS???

There is only one appropriate reaction to a story like ‘PEOPLE ARE MASS COLLECTING USED CONDOMS AND WASHING THEM FOR RESALE’ and that is, “WHAT THE FUCKING FUCK.” But 2020 has not only worn me down and turned me into such a weathered, jaded, husk of a person that I read that and went “PAH! That’s nothing,” it’s been such a toothpaste-and-orange-juice year that, unfortunately but unsurprisingly, that wasn’t even the worst thing I read today. Hundreds of thousands of condoms in circulation have already been used? Are they also sentient and here to destroy humanity? No? Then that’s fine. That’s how bad things are.