How Cartoons Taught Kids To Hate Each Other

October 8, 2019 By funnyadmin Comments are Disabled

How Cartoons Taught Kids To Hate Each Other 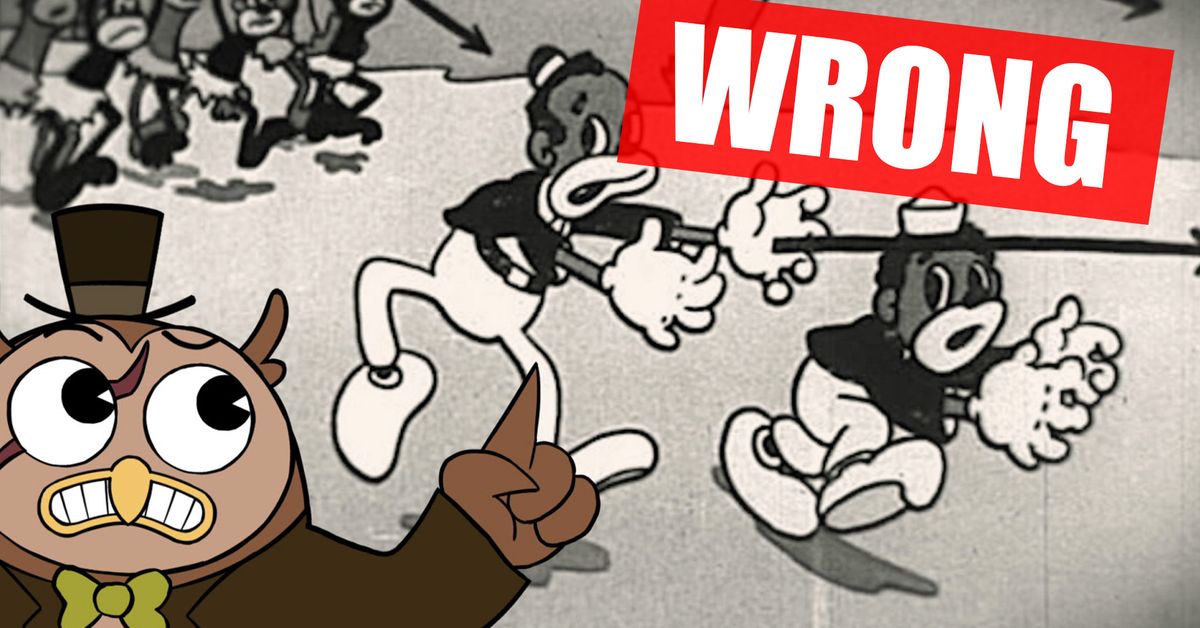 Few things are more heartwarming and nostalgia-inducing than the idea of Saturday morning cartoons. Imagine:

You’re a kid in the 1940s. You’ve had one helluva week. Of, you know, not starving or of working the fields or of sawing planks at the mill. Kid stuff. On top of that, you’re at the mercy of your rapidly growing body and brain, and so Saturday rolls around — and you can finally kick back with a cup of coffee cut with whiskey and laugh along to some animated hijinks. And you don’t even notice how your tiny little brain just accepts whatever images play on that wow-humdinger of a television set.

And here’s the thing — some of those images were REALLY messed up. Like, racist, xenophobic, sexist. But the kids who saw them? They didn’t know any better. So then those kids grow up, have kids of their own, and then make crazy racist comments at the dinner table regularly. Or perhaps shape public policy. Or get a job on a news desk. Or insult an entire people while asking you to pass the rolls. I’m talking to you, Grandpa.

But it goes beyond ‘that one’ odd racist in the family

In 2019 two separate broadcasters said the words “Martin Luther Coon” on television while delivering the news.

You read that correctly.

In our first episode of Brainwashed By Toons, you’ll see how cartoons during the “Golden Age of Hollywood” contribute to spreading hurtful black stereotypes and help explain how these prejudiced ideas were passed from generation to generation in entertainment.

The Golden Age of Hollywood refers to a period in the entertainment industry ranging from 1910 to 1960. During that time, the visual revolution of movies, television, and cartoons helped shape the views of people around the world.

Turns out, some of those views weren’t the greatest, and early entertainment — especially cartoons — played a significant role in subtly (and not so subtly) spreading racial, religious, ethnic, and sexual stereotypes.

But we can forget about all that, right? Because fortunately, everyone has evolved over the past 100 years and bigotry and sexism are completely dead forever! Right?!

WAIT THAT’S NOT TRUE AT ALL

The messages in those cartoons from 100 years ago are still very much alive today. And this series aims to provide some historic context and guide us towards the evolution we desperately wish wasn’t a joke in that last paragraph.