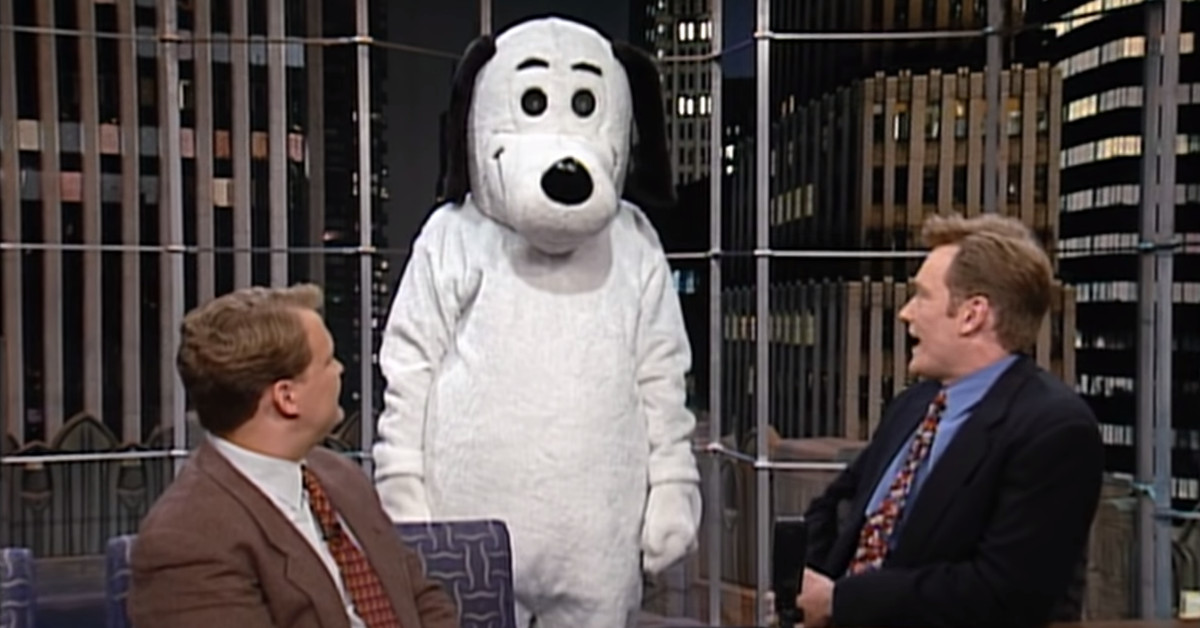 Late night television is the summit that most comedians and writers dream of reaching, and it’s a world run by some of the biggest and best entertainers in the industry, like Conan O’Brien — who is literally one of the biggest comedians out there. The guy’s 6’4”. Conan has been a fixture in late night TV since the early 90’s, having hosted both Late Night and The Tonight Show, and most recently his own show Conan since 2010. He’s done it all, but one of his most uniquely challenging and memorable television moments actually came at the very start of his hosting career, in 1997, when he had only been at the helm of Late Night for five years.

During a particularly special episode of Late Night with Conan O’Brien, he had an audience comprised entirely of children, which the official Team Coco Twitter account dug out of the archives earlier today.

It’s an episode that’s filled with about as much chaos as you’d expect, a few riveting guests ranging from financial experts to Dustin Hoffman in a Snoopy suit (who was definitely, for sure actually in that suit), and as little pandering to the children as possible, because as Conan notes pretty early on, “these kids are so much sharper than I thought.”

Whether you’ve never seen it before or if you haven’t watched this episode since it first aired and are looking for a walk down memory lane, the full show is available on YouTube, and you don’t even have to watch commercials throughout.