December 19, 2019 By funnyadmin Comments are Disabled 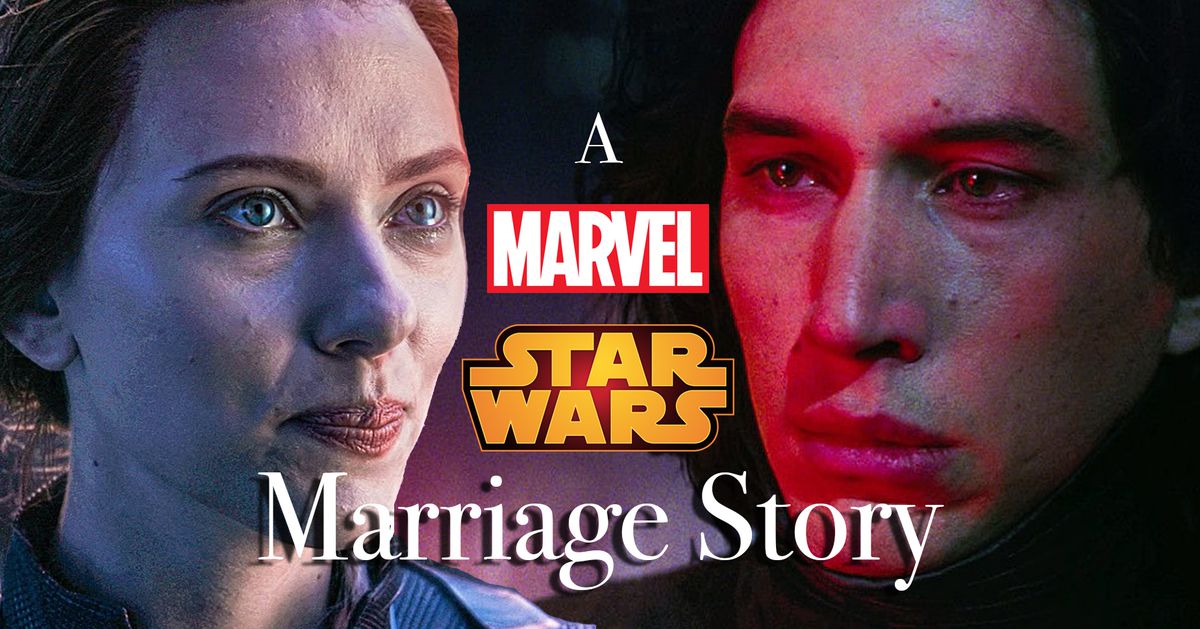 Black Widow and Kylo Ren walk into a bar

They spot each other. They chat. They fall in love, get married, have a tiny superkid or two. And that’s when things take a turn. Kylo (Adam Driver), ever the dark warrior wrestling with his overpowering connection to the Force, struggles to be a good husband while maintaining both his command of First Order missions and a profitable theatre company in New York. While Black Widow, Natasha Romanoff, a highly trained former-KGB assassin, agent of S.H.I.E.L.D., and member of the Avengers, struggles with a burgeoning acting career. Can Black Widow (Scarlett Johansson) continue to be a loving mother, wife, assassin, and actor while also splitting up marital assets and dealing with Kylo’s obsession with glowy swords?